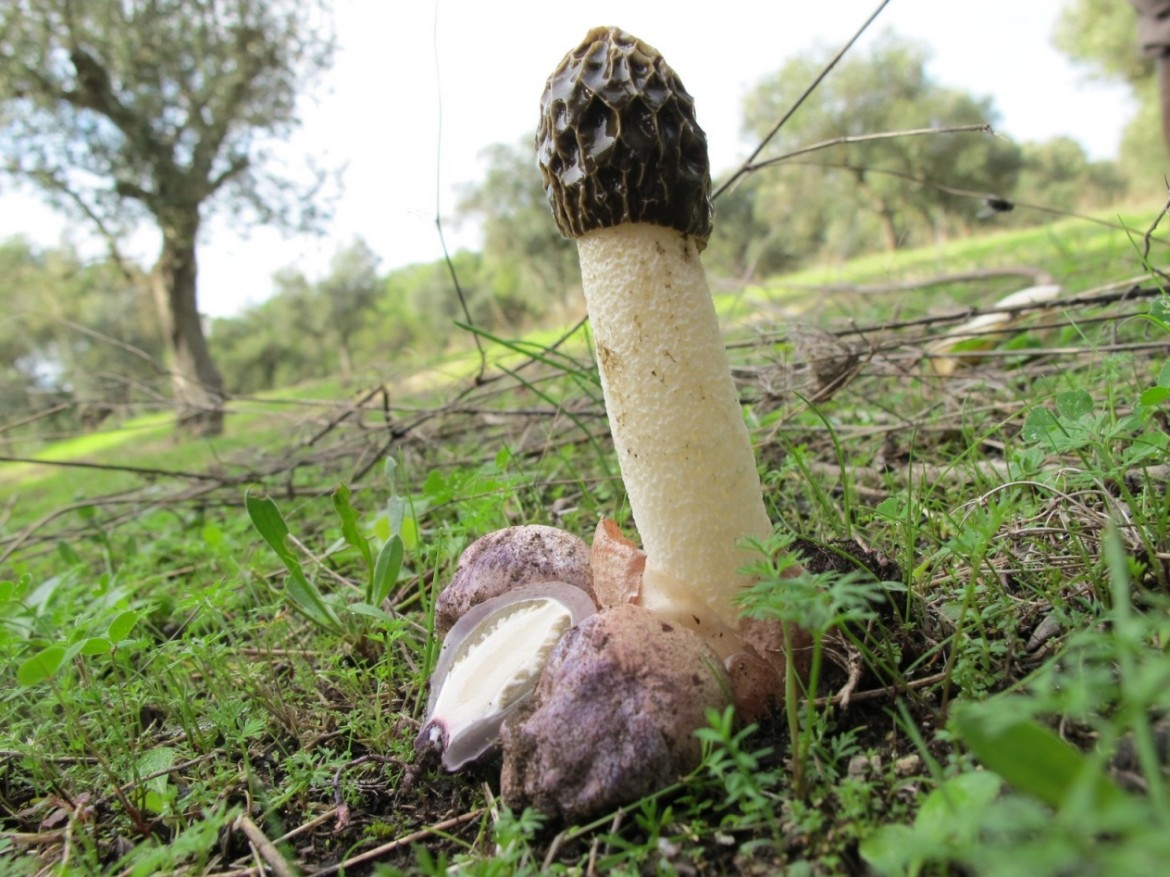 Previous item Feedback on the treatment of fungi ... Next item Veselka - panna

Basically, this mushroom is first smell, and only then it is found. A very strong unpleasant smell of ripe fruiting bodies can be felt at a considerable distance in the forest, and in the immediate vicinity most people find it cloying and repulsive. Hence the popular names: sopushnik (an adult mushroom gives off a sopuh - a stench), grandfather fat, a brace, a stinker, a smelly veselka. The fruiting bodies of the fungus are easily recognizable due to their phallic shape.

The botanist John Gerard, who knew the herbs and compiled a large list of them in Travnik, his main book published in 1597, called a rainbow Fungus virilis penis effigie, which literally can be translated as "mushroom - male penis", since it already very much resembled a male genital organ. The English botanist John Parkinson called it "the Dutch working tool" in his Theatrum botanicum (1640). The name of the genus was given by K. Linnaeus. Specific epithet Impudicus comes from the Latin "shameless" or "indiscreet". In Germany, hunters once called veselka Hirschbruns, which roughly translates to "deer lust." They believed that the jolly appeared only in places where the deer were excited. Describing the life of Victorian Cambridge, Gwen Raverat, grandson of Charles Darwin, recalls the entertainment of hunting Stinkhorn: "In our native forests grows a kind of toadstool, which in common parlance is called Stinkhorn (English Stinkhorn - "smelly horn"), although in Latin it has a coarser name. For a mushroom that can be hunted solely by smell, this name is justified. At the end of the "sporting" day, the catch was delivered and, for the sake of the virtues of the maids, was burned in the fire in the living room in complete secrecy, with closed doors.

The young fruiting body of the veselka is egg-shaped, 5-6 cm in diameter, outside is white, whitish, smells of radish. The cord departs in depth, with which the fruit body is connected to the mycelium. It is at this stage that the mushroom has separate popular names: devil's egg, darmovis (probably because the fruiting body hangs on the mycelium), bottom lip (at a young age, the mushroom is immersed in the soil), earth oil (there is a green mucous membrane in the egg stage) ... It is sometimes called the "witches egg". If you cut the “egg”, you can see a short, cylindrical inside, narrowed at both ends and more fruitful (recipe). The fruit grows into the tissue mass at the bottom, and at the top it is attached to the outer skin - peridia. When the "egg" matures (30 days pass between the beginning of its formation and opening), the recipe begins to elongate, breaks the peridium (shell) and grows into a white or yellowish leg, which is crowned with a bell-shaped cap on top. It is then that the mushroom begins to give off a very strong smell of carrion. The leg grows very quickly - 5 mm per minute. Its lower part is surrounded by a wrapper - the remains of a whitish exoperidium that covers the young fruiting body of the fungus. The hat is covered in very smelly greenish mucus. Flies and other insects flock to this mucus, eating the mucus, and thus carrying the spores. Gradually, the ribs of the cap become whitish, and it begins to resemble a morel cap. Spores are pale green, ellipsoidal, smooth.

It grows on soils with humus content in large groups, as well as in small ones, according to 2-3 fruit bodies, or solitary in sunny light deciduous and mixed forests.

Mushrooms that can be confused - Veselka Adriana (Phallus hadriani), but it has smaller dimensions, the "egg" is covered with pink-purple skin, less smelly, happens on dunes, in kitchen gardens, in gardens,

You can use the mushroom raw in the form of a salad. To do this, cut the mushrooms into pieces, add finely chopped onion, greens, butter and a little lemon juice. However, it should be noted that there may be sensitivity to this species. The mushroom is suitable for frying. One of the prescriptions is to cut the young fruiting body into plates, sprinkle with flour, moisten in egg and fry in oil.

To be honest, using this mushroom for culinary purposes is not the best solution. There are many varieties of mushrooms that are tastier and more edible. Therefore, it is better to fully use the vest as a remedy.

But if you want to eat it, you can. But for this only a young fungus, which is in the egg stage, is suitable. Taste is specific.

Unpleasant smell of the fungus is due to the content of a number of chemicals such as methyl mercaptan, hydrogen sulphide, phenylacetaldehyde and linalool. By the way, the latter has a faint smell of lily of the valley and is widely used in perfumery.

Australian scientists noted that the main vectors of fungal spores are Diptera (Calliphora erythrocephala, Lucilia caesar, Lampullaceal, Dryomyza anales and etc.). After eating mucus, they fly away from the fruit body over considerable distances, where liquid feces containing spore suspension are deposited. A smaller role in this process is played by beetles (Oecoptoma thoracica and Meligethes viridescena), as they eat mainly the tissue that consists of the body of the fungus.

Due to its shape, the fungus has long been considered an aphrodisiac. Even in ancient times it was used to make love potions. And in the Middle Ages, he was considered one of the means of increasing the sexual potency of men. In Northern Montenegro, before the battle of the bulls, the peasants rubbed their necks with a jerk so that the bulls would grow stronger. Young bulls were also fed these mushrooms, as they were considered powerful aphrodisiacs.

The medicinal properties of the usual veselka have been known for a long time: it was used externally for sore joints and skin diseases - the mushroom extract or the mushroom itself was applied to a wound or ulcer. Scientific research has confirmed the medicinal properties of Veselka. It found substances with a therapeutic effect, such as polysaccharides, have an antitumor effect. Alkaloids, which are natural analgesics. Antihistamines are substances that relieve allergic reactions, as well as substances that suppress dermatomycosis, that is, skin fungal infections.

As we have already noted, a rich chemical composition will provide the veselka the status of one of the most useful fungi known to man at the present time.

Of the main positive properties can be noted:

As such, harm does not come from itself. But the fungus has certain contraindications:

In fact, for these categories of people, the fungus is not dangerous. Just until the properties of the veselka have not been fully studied. Either way, caution never fails.